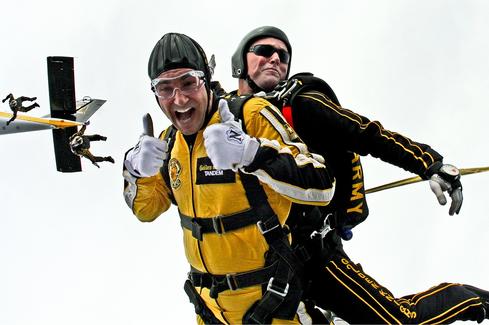 7 smart ways for a security team to gain stakeholder trust

In any business, building stakeholder confidence is an important part of moving important initiatives forward. The security team is not exempt from this responsibility, and the effectiveness and success of a security team is strongly correlated with its ability to build trust among its stakeholders.

Some security teams are of course better at it than others. I have noticed over the course of my career that there are certain traits that a security team can exhibit or learn to exhibit are very helpful in achieving this goal. Here are some helpful points that I’ve seen help security teams build stakeholder confidence.

â€¢ Honesty: Don’t be afraid to be honest, even if it means admitting wrong, acknowledging a mistake, or bringing bad news. Stakeholders value honesty more than you realize. Of course, they will provide their feedback, make suggestions, and maybe even ask for some issues to be resolved. But all of this is healthy and good for a security team. On the other hand, lying or distorting information to stakeholders almost always has dire consequences. Being honest, even when the facts might not be flattering, is always the best way to build stakeholder confidence.

â€¢ Transparency: I cannot stress enough the importance of an open and transparent security team with stakeholders. I have attended meetings where stakeholders learn that certain information has been withheld from them or that an inaccurate picture has been deliberately drawn. It’s not pretty, and it can often take a long time for a security team to get over this. Be transparent – it pays huge dividends in the long run.

â€¢ Sincerity: Although not everyone can spot falsity and insincerity, many people can. When a security team is sincere in their efforts and the way they engage with their stakeholders, it does not go unnoticed. Stakeholders value sincerity very much, and this goes a long way in building trust.

â€¢ Due diligence: Stakeholders generally appreciate hard work. While they don’t expect the security team to be perfectly mature and perform flawlessly, they do expect commitment and dedication. This includes times when the security team is working to remedy or rectify certain problems that may have occurred or errors that may have been made. Safety teams who go all out, even if and when they make mistakes, earn the respect of their stakeholders.

â€¢ Listen: I haven’t met a lot of people in my life who appreciate people who aren’t great listeners. The same goes for security teams. When stakeholders raise issues or raise concerns, they often do so with the intention of improving the state of security, reducing risk, and protecting important data and assets within the business. If the security team rejects much of what stakeholders raise, those stakeholders will take notice. The result is that the security team will not be able to establish the trust they desperately need.

â€¢ Action: Actions speak louder than words. I have met far too many people who can speak in a circle around others, to be disappointed with their actions later. Tracking is the name of the game here. If the security team makes a commitment or promises something, that commitment or that promise must mean something. When this is the case, confidence in the security team will skyrocket. When it doesn’t, that trust and confidence will crumble.

No matter how good a security team is and how good its ideas are, they won’t move forward without stakeholder buy-in. This buy-in is highly dependent on the trust stakeholders have in the security team. By investing in the above activities, security teams can move their initiatives forward more effectively.

Donation rules and their impact on the old age pension