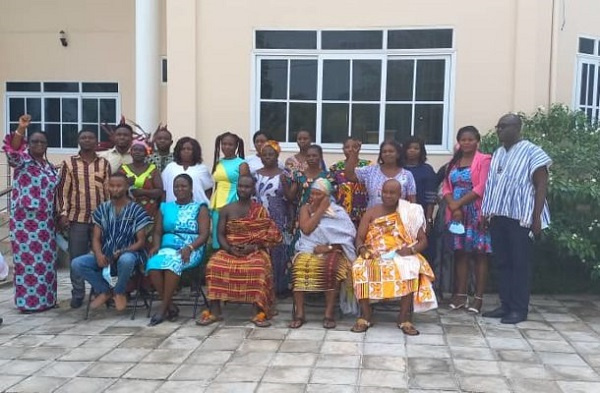 A non-profit organisation, ABANTU met with some key stakeholders in Adansi Asokwa district about women’s participation in local elections.

As expected, local government elections will be held again in 2023. ABANTU, noting that a higher percentage of current members are men, is mobilizing for increased participation and representation of women.

In this regard, the NGO held a consultative meeting with stakeholders at Adansi Asokwa of Adansi Asokwa District of Ashanti Region on Friday, February 18, 2022.

ABANTU’s Executive Director for Development, Rose Mensah-Kutin (Ph.D.), noted that the meeting aimed to learn about the barriers women in Adansi Asokwa face in participating in district-level elections.

She said that ABANTU looks forward to greater participation and representation of women in elections and therefore wants to know the obstacles to help address these issues.

The women present who were in various sectors of the district were encouraged to join us with the assurance that they will be supported by ABANTU.

Ms. Mensah-Kutin (Ph.D.) emphasized the need to meet regularly with stakeholders as, in her opinion, this helps to advance the agenda of increased women’s participation since everyone has a role to play. She therefore urged the women to put all their fears behind them and move forward to become representatives in local government.

Mr. Augustine Adomako, the Prime Minister revealed that the district has no women elected to the Assembly and hence the need for female representation. According to him, women are more capable than men to deal with corruption issues, so the representation of women is very necessary.

The meeting ended with group performances of some questionnaires to help with the purpose of the meeting.

How to make the most of your retirement?