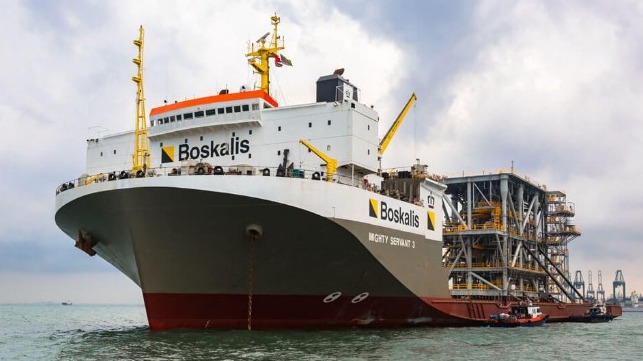 
Nearly three months after announcing that its largest shareholder was considering taking the company private, the board of dredging and marine services company Royal Boskalis Westminster has reached operational agreements to allow the bid to go ahead. The board, however, said it failed in its effort to raise the valuation by $2.5 billion, so it will remain neutral and not make a recommendation to shareholders.

“Boskalis has concluded that the proposed offer price per share communicated by HAL Holding is not unreasonable, but in its opinion not sufficiently convincing to recommend this price to its shareholders,” the board of directors said announcing the conclusion of the discussions with the investment company. HAL, which has been an investor since 1989 and currently owns just over 46% of the shares, said in March that it intended to make the offer for the remaining shares because, according to its assessment, the current public listing offers limited added value to Boskalis, and does not compensate for the costs and other inconveniences of registration.

The board said after meeting with its financial advisers that it had entered into discussions with HAL to obtain an increase in the price of the planned offer. Boskalis failed to convince HAL to increase their offer but said they had reached agreements on non-financial matters. This includes strategy, governance, organisation, financing and employees, with the agreement covering the four years following the completion of the offer, if HAL decides to proceed with an offer for the remaining shares. In addition, the board has indicated that it “is not obligated to cooperate with any post-offer restructuring measures that may be proposed by HAL”.

In March, Boskalis announced strong financial results for 2021 while saying that the overall market looked favorable in the medium term as well as in the short term. They highlighted macro trends, including population growth and urbanization, that would drive the business.

The board of directors announced that it had decided, in the interest of all shareholders, to “present the offer with a neutral view on the price”. By allowing the offer to proceed, shareholders will have the opportunity to tender the shares into the proposed offer.

If and when HAL launches the offer, Boskalis said it would call an extraordinary general meeting of shareholders to further explain its views on the offer.

‘Let’s get rid of APC’, Makinde urges PDP stakeholders ahead of 2023 elections