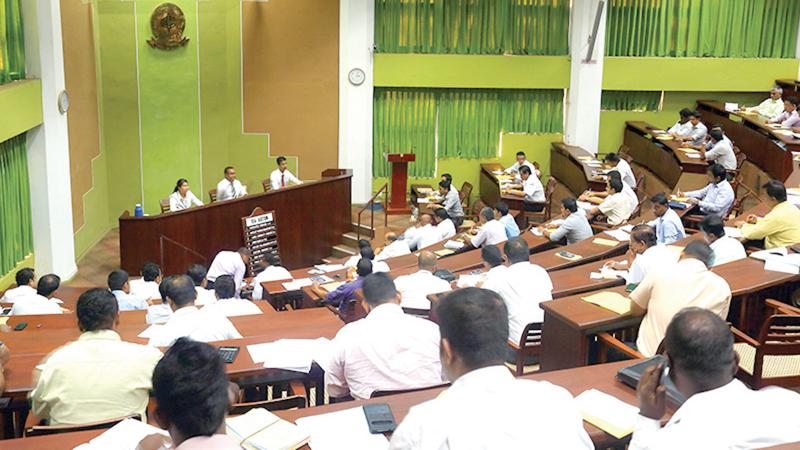 The question of auctions

Tea has been sold at open auctions in Colombo since July 1883, allowing participants to benefit from price discovery in a free and open market. This allows producers and exporters to trade at the best and fairest price.

The Colombo Tea Auction has long held the position of the largest single-origin tea auction center in the world.

However, the current economic uncertainty in Sri Lanka has given rise and an air of authenticity to the false belief that the benefits of Rupee depreciation have not been fairly passed on to the producer. This is a view mostly shared by a small group of tea growers and supported by some policy makers.

This notion, however, is easily refuted by even a cursory examination of recent price trends at the Colombo Tea Auction. Industry experts understand that this is a misconception that is far from the truth.

Nonetheless, this notion is gaining traction in some quarters, with some with vested interests standing to benefit from interference in what has been a free and fair market for over a hundred years.

Therefore, in this article, we will examine this claim and the recent trends seen at the Colombo tea auction, to factually and irrefutably quell any authenticity these ill-conceived ideas are trying to claim before they have a chance. to destroy one of the last remaining strongholds. of Sri Lanka’s already battered economy.

The solution proposed by a segment of producers is to change the value currency of the Colombo Tea Auction from Rs. to USD. However, such a measure will not work to better remunerate producers.

Such a move would introduce unnecessary and time-consuming red tape, not to mention volatility, into a system that works just fine as it is. It also has the potential to further exacerbate the currency crisis as the industry is expected to “dollarize”, meaning fewer dollars will be available for import needs as they will be circulating in the local economy. .

There is the question of other members of the supply chain, for example, small tea producers and transporters. What if they also require payment in USD? Such circumstances would only exacerbate the currency crisis, as more and more participants demand to be paid only in USD.

There will also be other expected and unforeseen macroeconomic challenges, as a result of such a move, part of the industry will denominate its transactions in USD and other parts in Rupees. Dollarization may restrict the ability of exporters to pay the fair price at auction, which could have a potential negative impact on the price of tea.

Dollarization has already been suggested in Sri Lanka and was rejected, for good reason. However, the current crises have given a certain authenticity to these ideas, which should be refuted immediately.

Dollarization has been implemented in countries like Kenya, but this move has only led to the disappearance of small and medium buyers and the takeover of large multinationals. Sri Lanka’s tea industry remains largely diverse, locally owned and controlled, and such a proposed dollarization of the industry could potentially lead to a loss of ownership and control to a homogeneous monopoly made up of large foreign companies.

Supported by the steep depreciation of the rupee against the USD and a shortage of tea in the first quarter of 2022, auction prices have soared over the past two months, offering, in some cases, even more than the full benefit of the exchange rate movement to the local tea producer and cultivator. For the first time in history, average tea auction prices for the three elevations exceeded Rs. 1,000 per kg in April 2022.

As a result, the average price of tea auctioned increased from Rs. 708 per kg in January 2022 to Rs. 1,324.95 per kg by May 2022, an increase of 88%. At the same time, the Rupee only depreciated by around 75% from Rs. 203.00 to Rs. 356.00 per dollar. This alone is enough to empirically prove and affirm that the current tea auction system serves both exporters and producers equally and fairly.

However, it is possible to further demonstrate that the benefits are passed down the supply chain when considering the green leaf pricing formula. Under this formula, which is established and maintained by the Sri Lanka Tea Board, the highest governing authority in the industry, green leaf prices are set at a percentage of each factory’s average tea sales, calculated on the basis of average monthly tea auction prices.

Thus, it is generally customary for smallholders to receive the price paid by the best factory in their region for their green leaf, sometimes even more. As a result, small tea growers are now paid more than Rs. 200 per kg for green leaf, compared to Rs. 100-125 per kg in the months before the rapid depreciation of the rupee. These gains have also allowed many factories to provide increased pay or relief packages to their staff, including laborers and other auxiliary members of the supply chain.

As a result, teas fetch prices far beyond fair value in many cases, giving the false impression that exporters are unfairly profiting from exchange rate volatility. The reality is, however, that the open auction system for tea in Sri Lanka, a practice established for over a century, works well and exactly as it was designed to distribute capital fairly and openly throughout the system. , guaranteeing fair remuneration. to all members of the supply chain.

It should also be kept in mind that tea exporters themselves have many costs in addition to the tea itself.

These include freight, packaging materials, tea flavourings, foreign agent/distributor commissions and marketing, all usually done in foreign currencies, and none of these costs are passed on to growers or producers. With the current shortage of dollars, most exporters are now required to make these payments in advance, even before receiving export proceeds, whereas these payments were made on credit in the past.

Understanding reality and preparing for the future

Looking at the numbers and facts of the matter, it is impossible to draw any rational or reasonable conclusion other than that, the current system of tea auctions in Sri Lanka works well and does not need any kind of interference from any party, especially policy makers.

Much of the current economic disaster in Sri Lanka is the result of such interference, so let us ask ourselves if we would like to see one of the last remaining economic opportunities in Sri Lanka destroyed for the benefit of the few.

If producers wish to benefit more than they already have from the depreciating currency, then Sri Lanka should consider increasing its annual tea production from 300 million kg to around 350 million kg, over the next three over the next five years, to meet global demand and take advantage of rising incomes.

These 50 million kg of additional products could increase the country’s export earnings by about 300 million dollars per year.

Recent movements in exchange rates have made Ceylon tea and other products more attractive to overseas buyers and even increased demand. However, Sri Lanka cannot benefit from this increase in demand without increasing production, and it certainly will not benefit in any way from parties with vested interests who meddle in a system that has worked well, created wealth and lifted generations out of poverty for more than a century. . – Tea Exporters Association