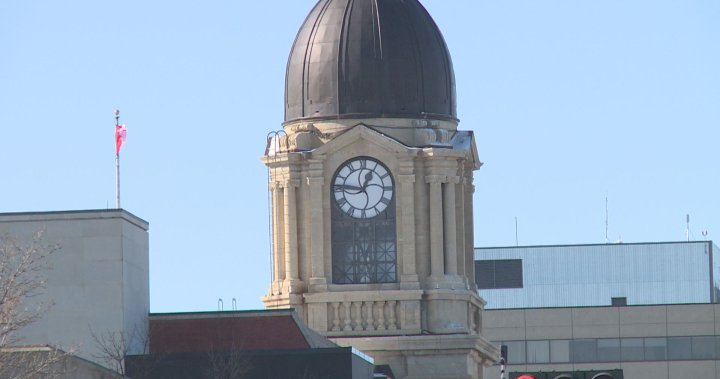 Lethbridge stakeholders, including the city, post-secondary institutions and school districts, take time to review Thursday’s provincial budget, which posted a $500 million surplus, the first since 2015.

After the budget was tabled, Mayor Blaine Hyggen said he had begun discussions with ministers.

“I haven’t seen a lot of elements specifically for Lethbridge,” he said, but added that it still looks positive for the city.

“We are encouraged to learn that funds are allocated for the recruitment of doctors,” he said. “It’s something that I really thought was great, especially for our community.

“This is a major issue and we look forward to hearing more details about it.”

He added “it’s a new document” and will dive into the details with the council in the near future.

“The city council and I will continue to ask and advocate for the needs of our community and we look forward to partnering with the provincial government to find solutions together.”

Not enough support for families and businesses in Alberta budget: NDP

Cyndi Bester, CEO of the Lethbridge Chamber of Commerce, said there are a few budget items she thinks will benefit the small business community.

These include strategies to improve affordable housing, subsidies for commercial drivers and $390 million to improve broadband connectivity.

“It’s a policy that the Lethbridge Chamber of Commerce has been working on at the municipal, provincial and federal levels,” Bester explained. “To see this continue and be mentioned in the budget is very important.”

She said while the budget doesn’t directly reference many changes specific to Lethbridge, we’ll have to dig deeper to see what impacts it will have.

“We have to look at putting Alberta to work and what we can do moving forward,” Bester added. “Develop the economy, diversify the economy, bring out the skilled workforce.”

Responding to the budget, Lethbridge College’s CEO and president said the institution was “disappointed, but not surprised” to learn that its base operating grant had been cut – yet again.

“The 5.7% reduction is the fourth consecutive substantial reduction in our operating grant and poses a significant challenge to our college,” Paula Burns’ statement read.

“We are pleased to see the alignment of the budget with the government’s Alberta 2030 initiative and an investment in targeted enrollment growth in select areas, and we look forward to exploring opportunities to access this funding in areas areas such as technology and agriculture.

As for the University of Lethbridge, its operating grant was reduced by 5.1%.

“As the university is encouraged by an investment in new funding for targeted enrollment expansion for programs with high market demand, the university’s overall operating grant will be reduced by ($4.8 million ),” the school told Global News.

Bester said cuts to post-secondary institutions in the city are impacting the business sector.

“It’s important for our city because that’s where we get a lot of our jobs,” she said.

“The university will spend the coming days and weeks to fully understand the implications of Alberta’s budget and make the necessary decisions to ensure a balanced budget is presented to the Board of Governors later this spring,” says the school statement.

School districts in southern Alberta are also taking time to digest the budget.

The Holy Spirit Catholic School Division said Friday it would need to review specific details from Alberta Education before commenting.

“Once we review this information, which we expect to receive between mid-March and the end of March, we will be able to more accurately determine the impact of this budget on our schools and our students,” the agency said. school division to Global News.

Wilco Tymensen, the superintendent of the Horizon School Division, said they assume more details will be provided in the coming weeks.

“We have been approved for preliminary planning for an upgrade at Milk River with no construction budget, and we hope it will be one of 15 projects approved,” he said.

“At our recent Town Hall, we heard concerns about gaps in learning as well as student well-being. This new funding is good news.

ACTION REMINDER TO SHAREHOLDERS: The law firm Schall encourages investors in MP Materials Corp. who suffered losses of $100,000 to contact the firm

Earned money on your Robinhood account? Why you shouldn’t be so quick to cash out