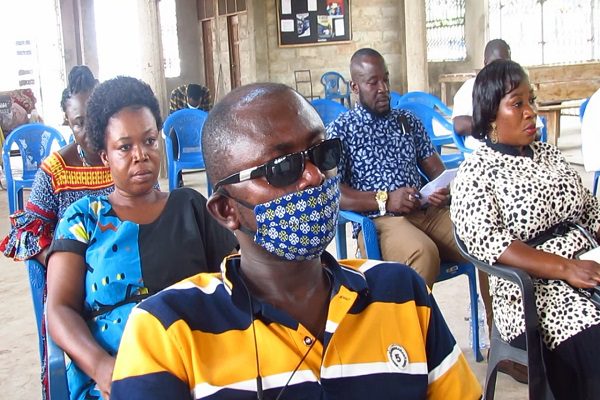 Stakeholders in the elections in the municipality of Wenchi in the Bono region lamented the increase in youth unemployment in the country.

They described the situation as fertile ground for terrorist groups to influence and attract unemployed youth overcrowded into terrorism and political violence.

Stakeholders expressed their concerns at a meeting of the Inter-Party Dialogue Committee (IPDC) in the regional town of Bono in Wenchi and organized by the National Commission for Civic Education (NCCE) with the support of National Security.

They believe that collective efforts are needed to preserve the peace that Ghana now enjoys.

Adjei Darkwah, a national security officer, retired Adjei Darkwah, stressed the importance for Ghanaians to guard against possible acts of threat to the peace and stability of the country.

He said land and chiefdom conflicts, corruption and marginalization are some of the factors that could trigger violence in various societies.

WO1 Adjei Darkwah urged parents to be vigilant about their children’s movements and be wary of friends they make.

NCCE Wenchi City Manager Francis Cudjoe said the IPDC meeting aims to reignite dialogue between political parties and other stakeholders on the collective responsibility of ensuring peaceful coexistence as a cornerstone of cohesion national.

He encouraged all electoral actors to use dialogue, in particular Alternative Dispute Resolution (ADR), to resolve their differences.

The stakeholders issued a joint statement in which they pledge to ensure the peace and security of the country.