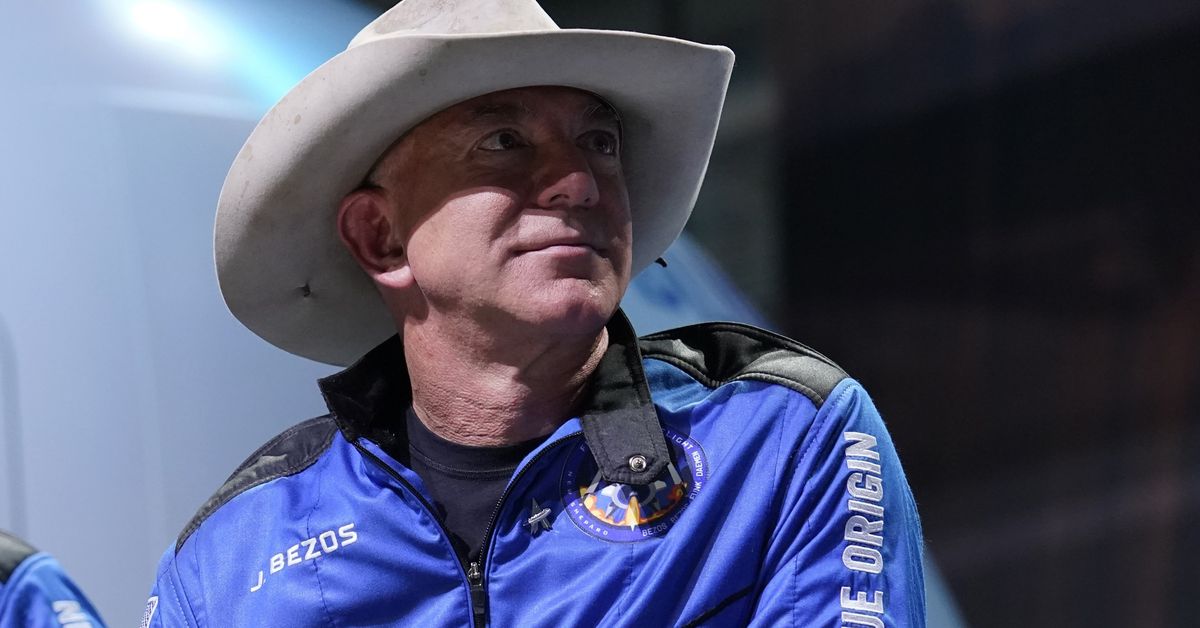 Elon Musk, Jeff Bezos and other billionaires may soon have to pay more taxes

He proposes to pay for the framework by closing loopholes and increasing taxes on corporations and high net worth individuals.

The financing plan does not include what has been touted as a “billionaire tax,” which would levy taxes on unrealized capital gains for about 700 extraordinarily wealthy Americans. Instead, it targets those who earn at least $ 10 million with an extra.

But the idea of â€‹â€‹taxing billionaires is not entirely dead and public approval to tax the very rich more in taxes has been strong, according to experts and the media.

“The push to impose more taxes on billionaires is clearly gaining momentum and debates about how best to do it are intensifying,” Sarah Kessler of the New York Times wrote in the DealBook newsletter.

The Biden proposal also promises reforms that would “stop rewarding companies that ship jobs and profits overseas” and encourage business investment to improve businesses, rather than buying back stocks to consolidate power and ownership. .

But some warn that it’s possible for billionaires to avoid the surtax by keeping their fortunes in capital gains and borrowing against it. This concern helps explain a potential billionaire’s tax support. The collective wealth of billionaires increased by 70% during the pandemic, according to the New York Times, but until they cash in these gains, it is generally not taxed.

Even millionaires want to tax the super-rich.

Some 250 millionaires signed a letter to Democratic leaders in Congress dated November 1 urging them to reform the tax code to force billionaires to pay their “fair share” of taxes. Under the banner of three groups – Patriotic Millionaires, Responsible Wealth and Americans for Tax Fairness – they wrote that “we have a rare opportunity to reform our broken tax code which has for too long provided the richest ways to avoid paying. their part. ”

They addressed the letter to House Speaker Nancy Pelosi, Senate Majority Leader Chuck Schumer, and the Chairs of the House Ways and Means Committee and the Senate Finance Committee.

Millionaires called Biden’s framework a “capital investment in working families” and said the billionaire tax is a way to accomplish the necessary tax reforms that would make the system fairer.

They also warned that if Congress does not act, “billionaires will continue to be allowed by Congress to pay far less than their fair share of taxes.” Some will still be allowed to pay zero income tax despite booming investment gains. In addition, we will miss a historic opportunity to further strengthen US fiscal responsibility and civic unity. “

Here’s how millionaires say billionaires get an unfair advantage: â€œOften billionaires hold the majority of their wealth in stocks of highly profitable multi-billion dollar companies and derive their main source of income from rising values. actions. These investment gains are not taxed unless the underlying assets are sold, which billionaires do not need to do as they can live on low cost loans backed by these rising asset values. . And when their wealth is passed on to their children, a lifetime of investment gains simply vanish for income tax purposes.

The group cited a report from ProPublica showing that in some years billionaires like Jeff Bezos, Elon Musk and Michael Bloomberg pay no federal income tax.

“We support tax reforms that ensure high net worth individuals like us pay our fair share, like those included in the Build Back Better framework: a new surtax on millionaires and the closing of two major loopholes that midsize business owners are using. to significantly reduce contribution to the common good. We are supporting these reforms because the country needs more income to make vital improvements in health care, education, child care, housing, climate response and more, â€the report said. letter.

Unlike Biden, Senator Ron Wyden, an Oregon Democrat, has targeted the wealthiest Americans directly in a new bill. His bill would require taxpayers earning more than $ 100 million a year for three consecutive years or those with more than $ 1 billion in assets to pay taxes on unrealized capital gains.

Wyden set the tax rate at 23.5%, just above the capital gains tax rate of 20%. The proposal not only makes it possible to tax gains on assets such as stocks, but also to deduct losses – which could be carried forward for up to three years in certain situations.

â€œThere are two tax codes in America,â€ Wyden said in background papers. â€œThe first is mandatory for workers who pay taxes on every paycheck. The second is voluntary for billionaires who delay paying taxes for years or even indefinitely. “

According to the Congressional Budget Office, in 2016, capital gains accounted for 41% of the money brought in by the richest 1% of taxpayers, but represented less than 3% of the income of the poorest 80%.

CBSnews.com said critics of a billionaire’s taxation fear it could also open the door to higher taxes for others. Meanwhile, ProPublica recently reported that the wealthiest Americans have a â€œreal tax rateâ€ close to zero.

Under a billionaire’s tax, if an investment worth $ 10 million doubled in one year, the billionaire would pay taxes on the $ 10 million earned, according to CBS. A billionaire might choose to spread the tax payment owed in the first year over five years.

If a billionaire sold a property, he would pay regular taxes and a â€œdeferred clawback amount,â€ which means the amount of interest on deferred taxes while he owned the property. They could treat up to $ 1 billion of tradable shares in a single company as a non-tradable asset, so they could retain a controlling stake in a successful business they founded.

Billionaires don’t seem fond of the tax. Billionaire investor Charlie Munger, who CNN called Warren Buffett’s right-hand man, called the proposal “literally crazy” in an interview. And CBS quoted a tweet from Tesla founder Elon Musk – the richest person in the world, with an estimated worth of $ 288 billion – who said that “they end up running out of other people’s money and then they come to get you â€.

One Crow isn’t having a winter for Penn National Gaming (NASDAQ: PENN)