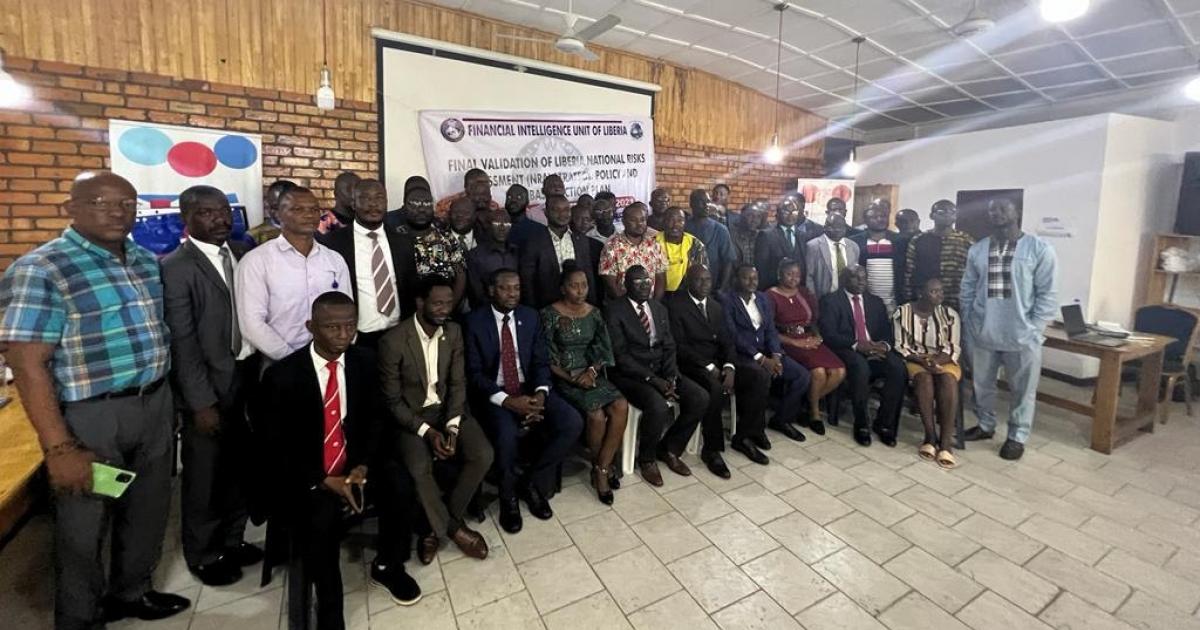 FIU, stakeholders reflect on the development of a national AML / CFT policy

The Financial Intelligence Unit (FIU) on Wednesday began a two-day validation commitment from stakeholders on the development of a national policy and action plan to fight money laundering and the financing of terrorism (LAB / CFT) to strengthen the protection of Liberia’s financial system.

The engagement, which will be concluded today, brings together key stakeholders from the banking, insurance, mining, gaming and other sectors.

FIU Director General Edwin Harris, who spoke at the opening, explained that developing a national AML / CFT policy is important to enhance the full implementation of threats and vulnerabilities identified in the recently released National Risk Assessment Report (NRA), which put Liberia on par with other countries around the world.

According to him, mitigation methods are being put in place to find viable solutions to some of the challenges that hamper the fight against money laundering and the regulation of terrorist financing.

He mentioned that validating the current AML / CFT policy and action plan is everyone’s business and as such the policy should be made public and presented to the Minister of Finance and Planning. of Development, Samuel D. Tweah, Jr before the end of this year.

Mr. Harris said the minister chairs the National Steering Committee which aims to restore Liberia’s image in the vigorous fight against money laundering and other financial crimes.

“Each actor in all sectors must be fully prepared to adhere to national compliance against AML / CFT regulations,” he intoned.

Also speaking during the validation exercise, lead facilitator and consultant Emil Meddy explained that policy validation has the capacity to promote the exchange of information to support investigations into AML / CFT cases. and strengthen the feedback mechanism to improve information sharing between each stakeholder in Liberia and abroad

According to the executive of the Ghana Financial Intelligence Center, it cannot be overemphasized on the in-depth understanding of the risks of money laundering and terrorist financing (ML / FT) among the relevant authorities and on the awareness of stakeholders.

He mentioned that the facilitation of reporting of AML / CFT reports by actors from various sectors should not be ignored and that measures to promote financial inclusion should also be a priority.

â€œAdequate measures to facilitate the due process for customers or Know Your Customers (KYC) in the context of compliance and adoption of new AML / CFT regulations; coupled with the ban on financing the proliferation of weapons of mass destruction should be of concern to public and private sector actors in Liberia, â€he noted.

Mr Meddy also renewed his repeated calls to prevent terrorist groups from having access to funding and logistics, coupled with the passage of the Whistleblower Act and its subsequent implementation, which are positive steps to fight money laundering and other financial crimes.

“NGOs are said to have facilitated money laundering and other financial crimes, adding that this allegation has attracted the attention of all financial crime prevention entities in all regions of the world,” said the official. of the Ghanaian Financial Intelligence Center.

He further proposed that accountants, lawyers and dealers in gold, diamonds and other precious stones regularly file a suspicious transaction report (STR) and the development of a guideline on implementation. targeted financial sanctions linked to the proliferation of financing of deadly financial transactions. acts.

Meikles delays unbundling of Tanganda because of Zimra tax