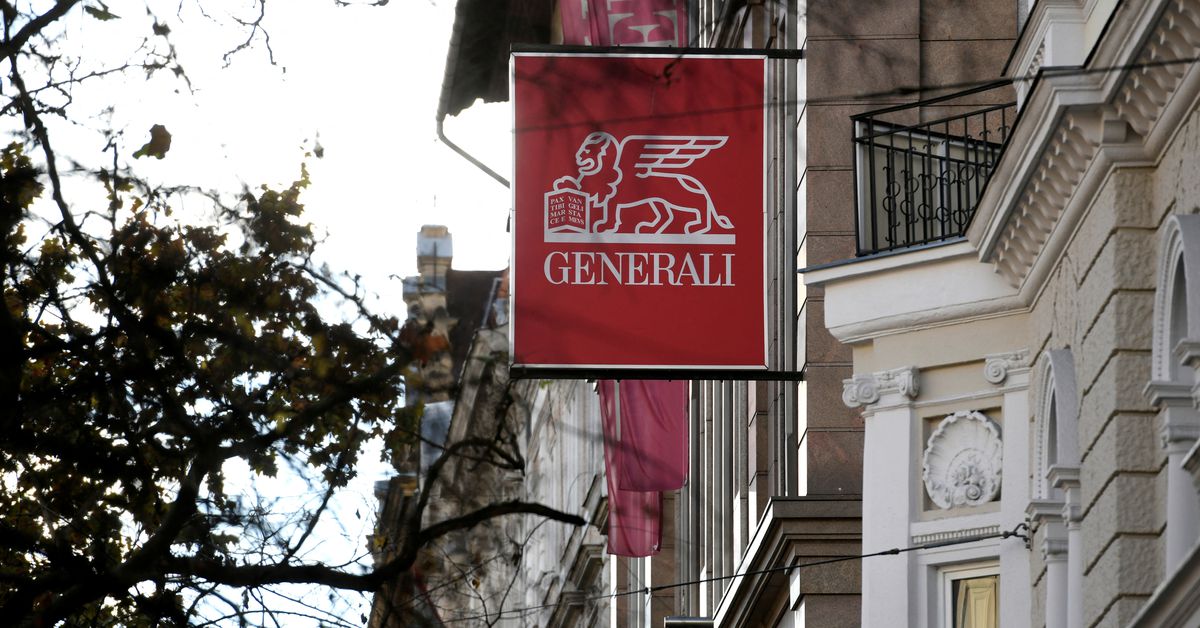 MILAN, April 9 (Reuters) – Leading investment advisers have recommended that Generali (GASI.MI) shareholders back the proposal by the Italian insurer’s outgoing board to reappoint CEO Philippe Donnet, the report said. documents revealed on Saturday.

In reports released by Institutional Shareholder Services (ISS) and Glass Lewis ahead of an April 29 general meeting to appoint a new board at Generali, the two proxy advisers urged shareholders to support the proposed slate of board nominees. by the outgoing council.

The reappointment proposed by Donnet’s board was opposed by Italian tycoon Francesco Gaetano Caltagirone, who owns more than 9% of Generali and is its second largest shareholder behind investment bank Mediobanca (MDBI.MI).

The fight for control of Europe’s third largest insurer threatens the stability of a group which is the cornerstone of the Italian financial system and one of the main holders of its public debt.

Glass Lewis said he did not believe Caltagirone’s alternative plan for Generali was a compelling argument to suggest the group suffered from poor operational performance, missed targets or lower returns to investors.

“We believe the dissident’s central strategic thesis is ultimately swinging from attractively ambitious to bafflingly optimistic,” he said in the report, a copy of which Reuters has seen.

In pledging to grow Generali’s earnings per share in the coming years roughly twice as fast as Donnet’s plan predicted, Caltagirone offered a veteran Generali executive, Luciano Cirina, as its own candidate for the CEO position. Read more

“The dissident plan is indeed more ambitious than the company’s, but it does not seem clear whether Caltagirone offers a superior path after considering factors such as execution skills, feasibility and risk,” said ISS.

“In terms of governance, Caltagirone has been on the board for 14 years and his accusations seem oddly timed after such a long tenure,” he added.

NOTICE OF CONVENING OF THE EXTRAORDINARY GENERAL MEETING OF