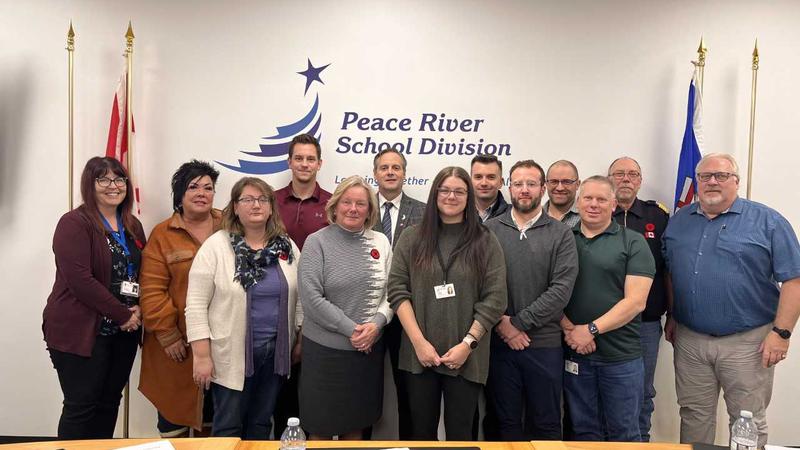 Mile Zero Multiplex stakeholders come together to learn lessons from October 28, hold and secure in the facility

An outside threat called to one of Grimshaw’s schools last Friday led to the establishment of a slipway and security at the Mile Zero Multiplex, which houses both a Peace River public school and a Catholic school. of the Holy Family, as well as leisure and library facilities. for the community.

Responders from all of those parties sat down with RCMP and city officials earlier this week in what was called an after-action meeting, which reviewed what was learned from the incident.

Betty Turpin, superintendent of the Holy Family Catholic Regional Division, says that since there are a number of different stakeholders involved in this facility, it is important to have a meeting like this.

“The impact of taking such a large facility and putting it on hold and safe, it didn’t take long in a small community to come out, and we realized that we have to learn from the way the event happened, not that any mistakes were made, it was just about how to communicate better, who are the partners we need to communicate with and how do we communicate.

More and more Capricorn shareholders denounce the agreement with NewMed