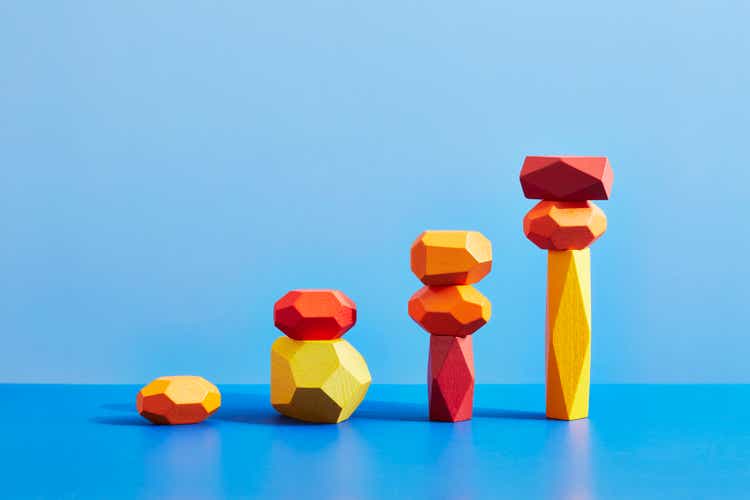 NetEase: A stable business even in difficult times (NASDAQ: NTES)

Despite operating in a challenging environment where several of the biggest companies, including Tencent (OTCPK:TCEHY), Alibaba (BABA) and Ping An Insurance (OTCPK:PNGAY) are posting steep declines in EPS numbers, NetEase’s (NASDAQ:NTES) the fundamentals remained stable. Given that the stock is down due to political concerns and not due to weak earnings or future prospects, I think there is value to be found in NetEase.

NetEase is a Chinese company that provides online services centered on content, communication and commerce. The company is a developer and operator of several online PC and mobile games, messaging and advertising services. NetEase has licensing deals with major companies, including Mojang and Blizzard, to bring some of their respective titles to the Chinese market.

NetEase has grown its revenue at a rapid pace, with only a few quarters of decline. Growth has averaged 30% per year since 2010.

As the company grew, growth eventually fell into double digits, which is still a respectable growth rate considering the size of the company.

The growth was largely the result of new games being released while existing games continued to grow. As games matured and more revenue was needed to move the needle, a slowdown in revenue growth was to be expected.

The profit margin shows a great history of profitability, with not a single year of negative profits. However, the margin decreased after the explosive increase in revenue in 2015, which was due to new games and an ongoing licensing agreement.

Net income growth has averaged an annual growth rate of approximately 21% from 2010 to 2022. The growth is very impressive, especially considering that it was achieved without diluting shareholders. The number of shares outstanding has barely increased, so EPS has also increased by around 20% per year.

As shown in the image below, NetEase has reached approx. ~25% return on equity per year from 2010 to 2017. The return is very impressive, given that almost all profits were reinvested. Only a small portion of profits was paid out as dividends from 2013, along with occasional minor share buybacks to compensate for dilution.

Return on equity now appears to have stabilized at ~17%. Given that the company spends around 25% of its earnings on dividends and manages to keep reinvesting 17% in equity, equity and therefore earnings should grow by around 12.75% per year at the future.

The main finding being that the majority of earnings are reinvested, which I think is prudent given the high double-digit reinvestment rates management is able to achieve.

I find it comforting that it seems to have stabilized and even increased in recent months. The large capacity for reinvestment underlines the solidity of the company and its moat.

As shown in the image below, the average annual growth rate from 2010 to 2022 was 19.74%. We can also see that growth has slowed in recent years. This was to be expected given the decline in return on equity.

Annual EPS growth from 2010 to 2017 was 25.05%. In accordance with their ROE during this period. Given that ROE has been around 17% from 2017 to 2022 and the dividend payout ratio is around 25% without significant share buybacks, a reasonable estimate of future annual EPS growth would be about 12.75%.

The estimated growth is in line with analysts’ expectations for the next 2 years, which also estimate low double digits.

A return to a standard earnings multiple of 15, which would still indicate around 20% upside potential, seems more reasonable.

Quick disclaimer: Technical analysis on its own is not a good enough reason to buy a stock, but when combined with company fundamentals, it can significantly lower your target price range when buying.

NetEase shares are currently below its 50 moving average, which has been a strong support zone several times in the past. This is commonly seen with steadily growing companies, which NetEase would classify as. A return to its moving average of 50 would indicate a return of 40%. It would also bring the stock closer to its average multiple and slightly above the standard multiple of 15.

However, if the stock continues to decline, which current market weakness and political developments in China could be a catalyst, I would expect strong support at its 200 moving average. I consider it highly unlikely that such low valuations happen, but in this market, I guess anything is possible.

There is no doubt that NetEase is a solid company. The company has shown strong fundamental growth for many years in a row and is not expected to stop anytime soon. Although reinvestment rates have declined in recent years, it still shows promising prospects for future growth. With a return on equity of 17% and a dividend payout ratio of around 25%, estimates of annual growth of around 12.7% are very reasonable.

With 12.7% annual growth in mind, the current valuation looks quite attractive. The company is trading well below its average earnings multiple. Although I think this is somewhat justified by slower earnings growth, at least a standard multiple of 15 should be granted going forward.

It is clear that while part of its low valuation is due to the political fear surrounding Chinese stocks, it is far from random that NetEase has experienced less volatility than other Chinese stocks. The company is expected to post only a slight decline in EPS this year, after experiencing a year of +30% growth.

Barring political unrest, the company should see double-digit growth while being valued at below-average earnings multiples. The stock chart is in line with earnings suggesting it might be a good idea to consider NetEase.

So I’m giving the company a “buy” rating.

Getting ‘stuck’ with payday loans