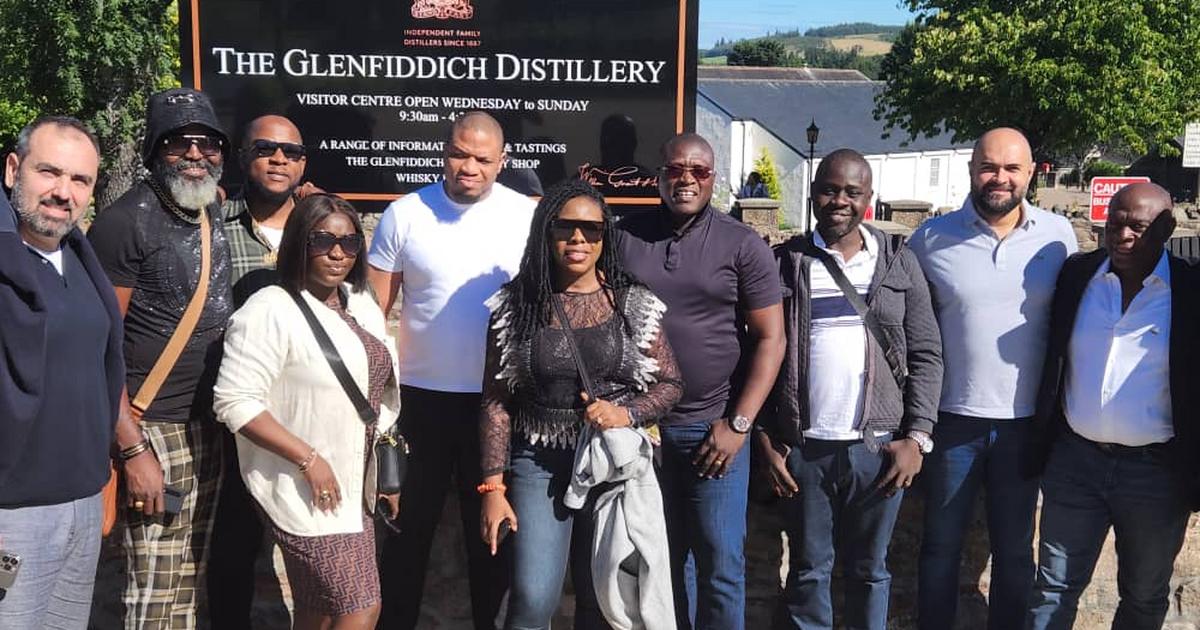 It was an exhilarating week-long experience for all involved. They were treated to exquisite refreshments and immersed in Scottish culture and thus launched the wonderful journey through every part of Glenfiddich tradition.

They were taken on an exclusive tour of the grounds of the Glenfiddich Distillery and its original warehouses (Warehouses 1, 8) containing generations of casks of softly matured whiskey.

They also had a tutored masterclass of a selection of five of Glenfiddich’s finest whiskeys along with delicious canapes prepared by the head chef.

The group also experienced the wealth of craftsmanship and traditions that are still used at the distillery to this day, from making the barrels to creating the whiskies.

History: Glenfiddich is a single malt Scotch whiskey from Speyside owned and produced by William Grant & Sons in Dufftown, Scotland. Glenfiddich means “valley of the deer” in Scottish Gaelic, which is why the Glenfiddich logo is a deer.

The Glenfiddich Distillery was founded in 1886 by William Grant in Dufftown, Scotland, in the valley of the River Fiddich. Glenfiddich single malt whiskey was first released from the stills on Christmas Day 1887.