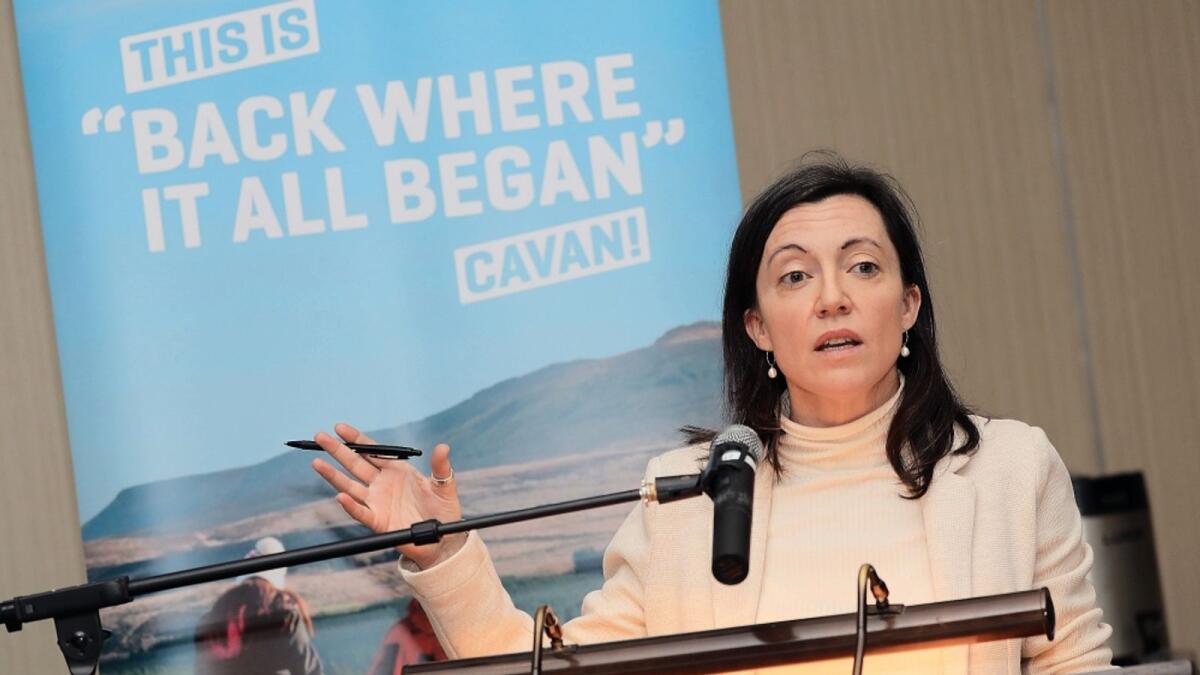 Most residents of Cavan are well aware of what their region has to offer, but work is progressing on plans to better coordinate and market the county to people inside and outside the region.

Cavan’s tourism industry gathered in the chief town last week to kick off the tourist season. The networking and collaboration event was organized by Cavan County Council in partnership with the Tourism Steering Group, a body made up of members of the tourism industry.

The first in-person meeting held since 2019, the meeting offered a chance for tourism businesses of all kinds to come together ahead of what is hoped to be a strong season as the sector fully reopens.

“Five years ago we developed a strategy based on growing tourism in our county,” said Cavan County Council chief executive Tommy Ryan.

“The three pillars we focused on were destination development, business development and marketing our destination. Everyone has a role to play in implementing this strategy and the best way to do that is to work together. »

‘Created in Cavan’, the department’s tourism brand launched in 2019, aims to coordinate events and festivals in Cavan, as well as market the department’s offerings. Its Food Strategy Coordinator, Patricia Smith, encouraged individuals and businesses to get involved: “I would invite any Cavan food producer, hospitality business or food retailer to join our growing network and get involved. involved in what is shaping up to be a very exciting year for Cavan food.”

Joanne Hayes, Tourism Officer for Cavan, updated attendees on work in progress, including the Killykeen Greenway, the development of the urban greenway in Cavan Town and the multi-million euro investment in the Shannon Pot Discovery Center and the Cavan Burren Park.

It has also set goals for the future of Cavan tourism, including the growth of the network and its capacity, the cross-promotion of different businesses and facilities in the county, continued investment and a new tourism strategy to be launched in 2023.

Attendees reportedly left the meeting “feeling energized for the upcoming summer season with an invigorated sense of community.”

The Tourism Steering Group is made up of a number of industry players and is chaired by Tony Walker, Manager of Slieve Russell Hotel, Ballyconnell.

Cavan was recently reunited under Fáilte Ireland’s Hidden Heartlands label. Previously, it was divided between him and the Irish Ancestral Lands. It is now hoped that this will result in a more unified approach to marketing the county at home and abroad.

The stakeholder meeting also heard from Hidden Heartlands of Ireland Regional Development Officer, Sarah McCarthy, who outlined the strategic objectives for Cavan and surrounding counties going forward. These include raising awareness, developing the region, extending the length of stay for visitors and making the region a leading regenerative tourism destination.

Sarah also had good news for some local destinations, which will feature in an upcoming advertising campaign:

“We will also be featuring local activity providers from Cavan Adventure Center and Carafin Activity Park shortly as part of a new advertisement for Hidden Heartlands. Both attractions will create great appeal for the county and other businesses are expected to work with them to capitalize on the promotion.

Anyone wishing to register their tourism or hospitality business on the ‘This is Cavan’ website should contact [email protected] To become a member of the Created in Cavan network, contact Patricia on [email protected]