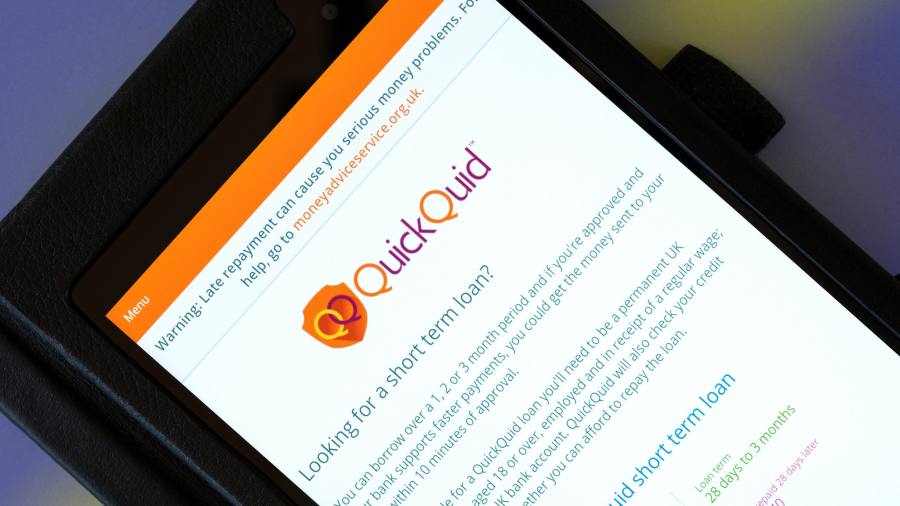 The UK’s largest remaining payday lender spent more money handling complaints in the first half of the year than it made a profit.

CashEuroNet UK, which lends under the QuickQuid and Pounds to Pocket brands, was the subject of 4,692 complaints to the Financial Ombudsman Service in the six months to June, according to figures released Wednesday.

The FOS does not charge anything for the first 25 complaints per year, but, thereafter, businesses have to pay a fee of £ 550 per complaint received, which means that CashEuroNet has been charged over £ 2.5million in administrative costs, before any compensation payment.

CashEuroNet represents 85 percent of the overseas revenues of the US company Enova International. Documents filed by the company show that profits from Enova’s non-U.S. Operations fell by more than half year-on-year in the six months to June 2018, to $ 2.8 million (£ 2.15 million sterling), despite rising revenues.

Some in the industry are concerned that an increase in consumer complaints caused by professional claims management firms will render their business unsustainable. UK market leader Wonga collapsed last month, accusing an upsurge in complaints.

Enova previously warned that a continuation of the recent trend could have a “material adverse effect on our business, outlook, results of operations, financial conditions and cash flows.”

Nick Drew, Managing Director of CashEuroNet UK, said the company was “committed to good lending practices and treating customers fairly, while ensuring consumers have access to reliable and affordable credit”.

He added, “Our business is profitable and growing, and we remain excited about the opportunities, especially in light of diminishing competition in the market. “

Wonga’s disappearance in the UK has been celebrated by many activists who have accused him of exploiting vulnerable borrowers. They also called for action against other short-term lenders.

However, leading figures and industry watchers have argued that payday lenders provide an essential service for people who have difficulty accessing credit.

In a regulatory brief over the summer, Enova complained that the FOS was interpreting the UK financial regulator’s rules and guidance “in a more stringent manner than, and sometimes in direct conflict with, [the regulator’s] own interpretation ”.

FOS said, “Some payday lenders handle complaints well and make things right for their clients without our intervention. But some don’t – and these are the companies where we most often agree with the customer.

The year-over-year increase in complaints about Wonga was 215 percent, and at Casheuronet it was 287 percent.

In the latest biannual review of complaints he receives about banks and insurers, the ombudsperson said there were a total of 201,600 complaints in the first half of the year, up from 165,406 in the year last.

Stricter rules for payday lenders have made borrowers more aware of their rights over loan affordability, the ombudsman said. Meanwhile, many professional claims management firms have shifted from PPI to disgruntled customers, now that the Financial Conduct Authority has set an August 2019 deadline for PPI claims.

The FOS said, “If a consumer has a problem with a financial business, they should get in touch – it’s easy and free and you don’t need to use a complaints manager.”

Overall, PPI continued to be the most criticized product with just over 105,000 complaints.

Payment protection insurance policies were often added to loans, credit cards and mortgages starting in the late 1990s, with sales peaking in 2004. But they were often sold to people for which they were unnecessary or inappropriate.

Complaints about life insurance and pension products, which more and more people are buying since pension reforms in 2015, increased by 17% to 3,764.

This article has been updated with the fact that the FOS does not charge anything for the first 25 complaints per year it receives about a business.