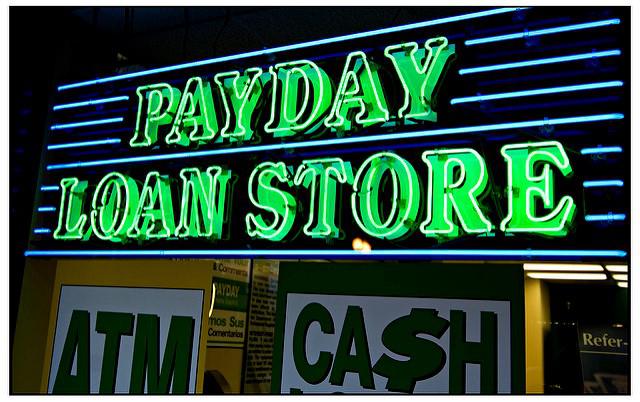 The United States Congress is considering a bill that would make it easier for many Americans to take out loans while still being able to make ends meet. Almost 4 in 10 Americans do not have enough savings to cover unforeseen costs. In an emergency, taking out a loan is the only way to pay these bills. Predatory lenders, such as those who provide payday loans, have filled this gap, often in poor neighborhoods and communities of color. But payday loan interest rates average over 300% and impose hefty penalties when not paid back on time.

Borrowers struggling to repay these loans told Human Rights Watch that they sometimes forgo food or delay paying rent and utilities so they can pay off their loans. Those who cannot repay them can take out another loan to repay the first one. About 80 percent of payday loans are rolled over or renewed, each time with additional costs, leaving some borrowers trapped in a growing cycle of indebtedness.

But the fair credit bill for veterans and consumers could offer some relief to borrowers.

In 2015, Congress passed legislation protecting active duty members from many forms of predatory lending by capping their interest rates at 36%. This ensures that military personnel can avoid fees or high interest rates and meet basic needs. Several US states have also established interest rate caps to prevent predatory lending, with 16 states and the District of Columbia applying caps even below 36% while allow people to access credit elsewhere.

The Veterans and Consumers Fair Credit Act would extend military interest rate caps to all U.S. consumers, ensuring that veterans, who were not previously included, and non-military members can also receive the the protections provided by a rate cap. Americans could take out a loan to cover an emergency, even running expenses, without worrying so much about fees and interest rates that entangled them in perpetual debt.

Having access to fair credit and avoiding usurious interest rates is vital for many Americans to meet their most basic needs. The government should put regulations in place to ensure people don’t have to choose between paying off their loans and putting food on their tables. Congress should pass the Fair Credit Act for Veterans and Consumers.