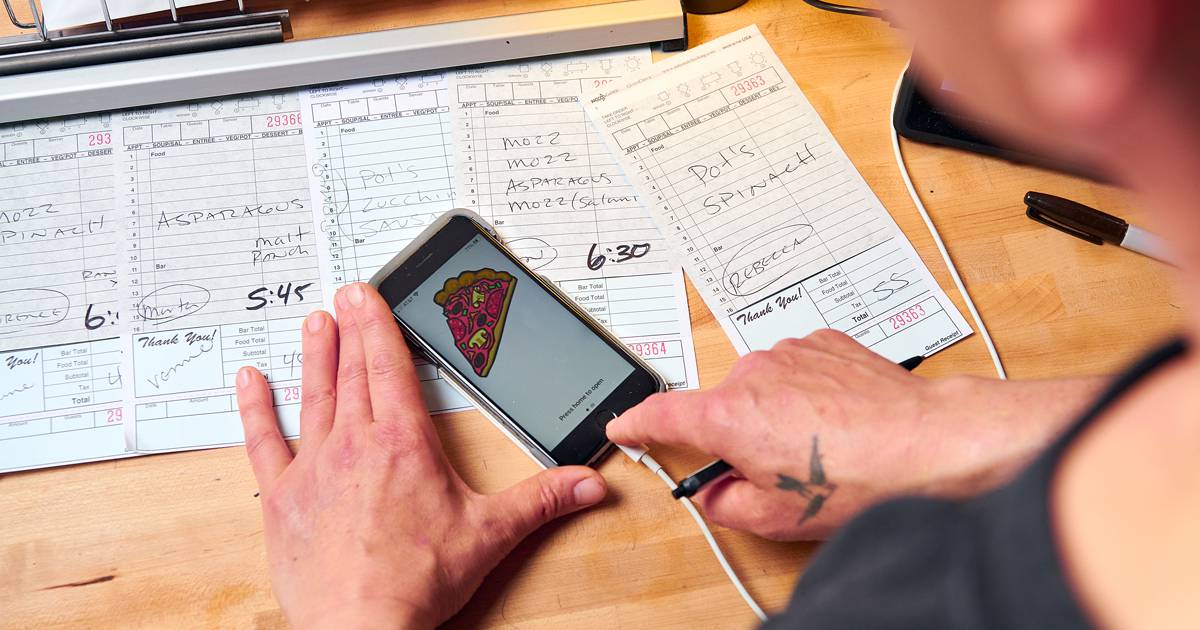 With a local cap on food delivery app fees set to expire, are restaurants and digital businesses ready to collaborate?

Two summers ago, following the initial pandemic boom in online ordering, local restaurants and organizations like the Portland Independent Restaurant Alliance fought tooth and nail to lower third-party delivery app fees. Companies like Uber Eats, Grubhub and Caviar were charging businesses up to 30% of the total cost of an order, an amount that restaurant owners said is eating away at their profits during an already difficult time for the industry. Relief came when the Portland City Council passed an emergency ordinance that temporarily capped application fees at 10%. However, this is expected to expire at the end of June.

The extreme growth in demand for takeout has cemented third-party apps into many restaurant operations, but some have managed to circumvent digital delivery services by turning to creative alternatives.

Lovely’s Fifty Fifty was forced to close its dining room in March 2020, along with all other restaurants in the state. A few days later, co-owner and chef Sarah Minnick decided to serve pizza three nights a week, new territory for her pizza and ice cream haven on North Mississippi Avenue. She concocted an ordering system with what was at hand: an old iPhone, which became the “pizza phone;” his personal Instagram account, which displayed the rotating menu; and Venmo, which served as a contactless payment method. More than two years later, the system has not changed.

“Text your orders to the pizza phone,” read the Instagram posts, followed by a list of pies displaying local vegetables and hard-to-find imported cheeses. What began as a friendly, even quirky way to offer people pizza in unprecedented times has persisted. Presumably, the company would have outgrown its charming mix of repurposed tech; maybe he would have streamlined things, worked out the details. Comments poured in on the weekly posts: “You know there are apps out there that automate all of this for you.”

These apps, which offer everything from simple online ordering systems to fast, automated delivery and marketing packages, also risk threatening restaurants’ notoriously thin profit margins. When COVID hit, third-party delivery became the middleman between everyone and the local restaurants they were desperate to re-patronize. In turn, what was once a small stream of income before the pandemic became their only way to stay afloat. And with apps taking a significant chunk of those sales, circumstances have forced some restaurants to operate at a loss.

Cities across the country have responded by capping delivery app commissions. Portland’s cap is intended to ease “the financial burden on struggling restaurants without unduly burdening delivery platforms.” But online ordering platforms have pushed back. The Grubhub website, for example, claims that commission caps allow restaurants “to access delivery, marketing, and other services at artificially low prices.” Portland’s cap was temporary from the outset, “while restaurants are unable to provide unrestricted dine-in service.” But maybe COVID brought to light an issue that hadn’t fully surfaced yet.

The delivery app market has consolidated significantly during the pandemic. As of July 2020, the Big Three – DoorDash, Uber Eats and Grubhub – held 97% of the US market. Commissions have increased under the hegemony to an industry standard of 30%, a rate capable of funding the services customers and restaurants want, but which also exceeds the restaurant’s average profit margin of 5%. And despite app companies’ revenue skyrocketing, they have long been criticized for their inability to generate a consistent profit.

The knee-jerk reaction can be to boycott apps, though it’s hard to imagine giving up the habit of ordering them as quickly as we picked it up. Many, including Minnick, don’t think the apps should be avoided. She loves her pizza phone (“it’s literally the best!”) but is pragmatic about the bigger picture: “Everyone wants it; they want to be able to order on DoorDash. So the question is: how can we make it work better? How can we make it work for us?

Fixed regulations are an obvious answer. New York and San Francisco have permanent caps of 15% per delivery in place, but many argue that caps on commissions may actually hurt restaurants.

Another argument is that caps limit what apps can do.

Given that the current 10% commission rate is unsustainable, coupled with the expiration of the cap on the horizon, it’s hard not to wonder: third-party delivery that allows all parties to benefit is- itself possible?

Apps are expensive for restaurants, but they are also able to help them. Storefront, a platform created by DoorDash, allows restaurants to publish their menus online and easily accept digital orders, eliminating the need to set up their own online platforms. It only charges 30 cents per order and a Visa processing fee, and Storefront advertises the ability to pass all delivery costs on to the customer ($3.99 fee plus 10%). Passing the costs on to the consumer is one way to make the system work, but when faced with additional expenses, such as tips for the restaurant and the driver, some customers may be overpriced.

The latest move by some apps is to implement a tiered system where restaurants choose from increasing commission percentages that match a range of marketing perks and an expanded delivery radius. Since the introduction of tiered systems, DoorDash has continued to operate in Portland with a 10% fee, but commissions will increase from 15% to 30%, depending on the tier chosen by the restaurant, when the cap expires.

After years of relying on third-party apps to connect with the restaurant industry, most people seem to agree on one thing: that there is no magic bullet. The power of Lovely’s pizza phone is undeniable, but certainly not the answer for everyone. Going back to a time when we all took our own takeout is also not a feasible solution. And because business owners seem to have their own delivery preferences, perhaps getting food to customers requires as many different delivery systems as there are restaurants.